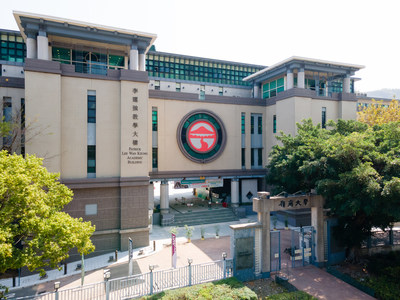 HONG KONG, Oct. 21, 2021 /PRNewswire/ -- "Speaking the same language" and careful choice of words are the key to crowdfunding success, according to a recent study conducted by the Department of Marketing and International Business of Lingnan University (LU) in Hong Kong. The study also showed the substantial power of specific words and phrases in predicting crowdfunding outcome. With crowdfunding being an increasingly popular and major source of capital for new ventures, these findings do have important implications for budding entrepreneurs as subtle nuances in word choice might mean a critical difference during the evaluation by the potential backers, and hence significantly affecting the success rate of the pitch.

While many studies find factors contributing to the successful funding of a project, the evidence of the effect of micro-level linguistic elements at the word-level, i.e. specific words and phrases, on crowdfunding success, however, is not available. The Lingnan University research team, led by Associate Professor Peng Ling and Professor Cui Geng thus embarked on a study to examine how the choice of words would affect the probability of crowdfunding success. Adopting multimethod approach including n-gram natural language, penalised logistic regression and linguistic analysis, they analysed the narratives of over 21,000 film projects released between 2015 and 2020 on Kickstarter, an international crowdfunding platform for creative projects. They focused on 39 categories containing words that have affective, social, cognitive, perceptual, or biological meanings, or are related to drive, time orientation, relativity, and personal concerns.

The study has uncovered the psychological meanings of the words and phrases associated with crowdfunding success and failure, and come up with a number of findings which will provide valuable insight for entrepreneurs when preparing their pitches.

First, the use of positive emotion words were associated with a higher likelihood of funding success. The greater use of positive emotion, anxiety, sadness, hear, and feel words is associated with more immersion, indicating that entrepreneurs may have nothing to hide and are credible and trustworthy, resulting in a positive effect on funding success. In contrast, see and space words (e.g., down, inside) draw attention away from the self and show less cognitive complexity. These words exhibit subtle hints of deceptiveness possibly arouse suspicion among potential backers, thus exerting a negative effect on funding success.

Last, present tense and future tense words were negatively associated with crowdfunding success, as they imply elements of uncertainty and result in negative violations of backer expectations.

Prof Peng said, "Crowdfunding pitch narratives provide an opportunity for entrepreneurs to carefully craft their messages to improve their chance of success. Project creators should choose words that are indicative of the goals and objectives, help build up their reputation, credibility, and social rapport with potential backers. In other words, entrepreneurs should 'speak the same language' when providing relevant information to potential backers. While they should avoid words exuding negative sentiment and lack of assurance, narratives of high cognitive complexity will enhance the persuasiveness of their project pitch." She added that backer expectations may vary across the types of products, project creators should carefully choose the words and phrases that relate to the unique features of the specific product category.

According to Prof Cui, this study is among the first to apply advanced text analysis to investigate the effect of linguistic styles on message persuasiveness in marketing research and that the study has further confirmed the power of language in effective marketing communications for crowdfunding success.

The research findings were published in the latest issue of the international academic journal Marketing Letters.