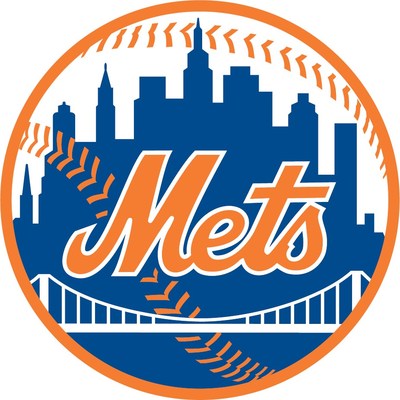 NEW YORK, Oct. 6, 2022 /PRNewswire/ -- On the heels of their 101-win season, ranking second all-time to their 108-win 1986 World Series title team, the New York Mets this week launched a new brand campaign, "These Mets," which will surround New York City during the MLB Postseason.

The integrated campaign, running over the next few weeks, celebrates the 2022 New York Mets as a talented, spirited, and different breed of New York baseball.

"These Mets have captured the spirit of New York through this historic 101-win regular season, and we're so grateful to our loyal fans who have been with us on this journey since day one," said New York Mets Owner, Chairman and CEO Steve Cohen. "I am proud of this team. Heading into the Postseason, we are seizing this moment to turn up the volume and energy to rally around These Mets."

"Nothing says New York City in the fall quite like October baseball," said New York City Transit President Richard Davey. "With the Mets back in the playoffs and sell-out crowds expected at Citi Field, mass transit is the home run option to root for the Mets as they chase a World Series Championship. There's no better way than taking the subway to watch the playoffs – it's Amazin'!"

These Mets advertisements will surround popular spots around New York City and within MTA subway tunnels and trains, including the Shuttle and 7 Line. Additionally, the campaign features vignettes from current and former Mets players, Postseason game watches at neighborhood bars, special events at Citi Field, and opportunities to meet Mr. and Mrs. Met at NYC landmarks.

Every activation and opportunity to meet Mets notables will be powered by social media and shared with media partners ahead of time.

"These Mets, led into the Postseason by Manager Buck Showalter, achieved a 101-win season capped off with Jeff McNeil winning the NL batting title as well as Pete Alonso tied for the lead in all of baseball with 131 RBI's; displaying grit and overcoming obstacles all year long," added New York Mets Chief Marketing Officer Andy Goldberg. "The line 'These Mets' is meant to capture how we feel about them and how the team represents us as a fan base and a city."

Together with the Mets' in-house creative and content teams, creative agency FCB New York developed the "These Mets" concept, and full-service agency Giant Spoon secured the media placements for the campaign.

The details of the branded wrap include: